The past two years has seen me rediscovering the power of Linux. The first Unix OS I ever used was Solaris back in college. Didn't really do much then besides the basics but I did see the usefulness of working primarily in the console or terminal. I remember attempting to use other flavors like Mandrake and SUSE and ended up being uninspired. Even the promising Ubuntu back then just felt unenjoyable to me that I effectively ignored this area of computing until I started learning git which would be many years later. So the majority of my computer user life has been spent inside Microsoft Windows.

Being a power user who loves to tinker with a lot of apps and features, it is not surprising why Windows was enough to sate my hunger. But the Linux of today has matured to the point that objectively speaking, there's not a single best distro anyone could point at. Linux distro debates resemble a holy war in the age of computers. There's plenty of good choices for anyone willing to get out of the Microsoft and Apple computer systems. I'd like to think that I've spent enough time already looking at the best candidates to confidently say that I've found my favorite Linux distro to use as my daily driver. 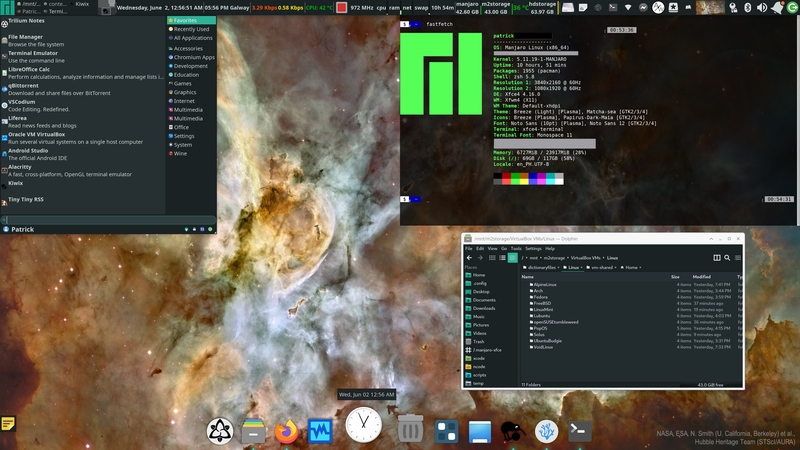 Reasons I Use Manjaro Linux

Other Distros I Would Have Chosen

Popular Distros I Will Likely Never Consider As My Daily Driver

This is not a knock on Ubuntu, Debian or Linux Mint. On the contrary, I think they deserve their popularity as top choices for Linux converts. There are also those for previous Mac users that are just as worthy like Zorin OS and elementary OS. The choice of a Linux distro is simply more often a matter of preference.

Manjaro is far from being a perfect distro and Linux is definitely not a perfect OS. Manjaro can sometimes be annoying with the constant update notifications and Linux still has a lot to work on to be a suitable replacement for Windows gamers. BSD and UNIX operating systems may also develop better in the coming years. There's simply no telling. But for now, Manjaro Linux best met my requirements for a powerful computer OS that is almost endlessly customizable while embracing the values in technology which I believe in.

I will limit /code/ articles here to 3 bullet points to keep things nice and easily readable. I will write about my Linux setup next time.