There are many ways to keep digital notes today. Mobility is a must for any note-taking solution and there are several with online sync capabilities such as Google Keep and Evernote. I never got into Evernote but I still sometimes use Keep for quick jot downs. A long time ago, I used CintaNotes. 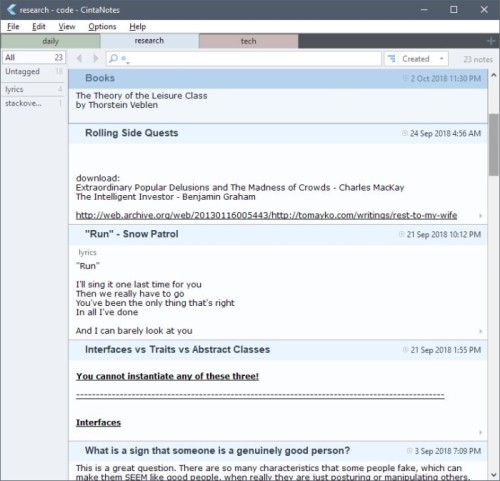 But the gold standard for many years has been the powerful Microsoft OneNote app. I loved OneNote for a long time but charming as it looks below, eventually I had to move on.

I want a notes app which didn't tie me into a proprietary format. Sure, you can export OneNote notebooks to PDFs and other formats but I prefer to work with files that can be edited by other apps too at the same time. 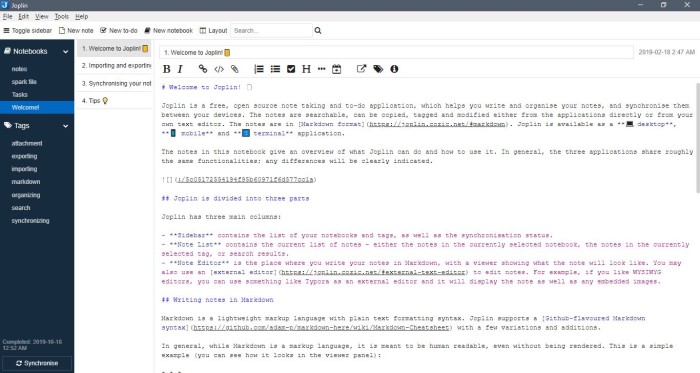 Enter Joplin, a cross-platform app that you can use on almost any device. It's open-source and the notes are in Markdown format. It would seem that I had finally found my dream notebook app but usability issues and my file organization preferences would force me to continue my search.

Zim - a desktop wiki - is also cross-platform and open-source. But I happen to prefer the way things are done better in Zim. It's a wiki software which, like Wikipedia, means you're not limited to plain text files. Though it has that capability, I mostly just use it to maintain text files organized in a folder hierarchy. 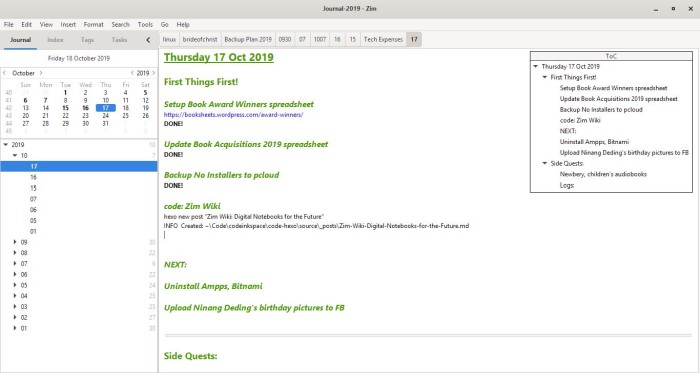 I use many of the included plugins like Journal, Table Editor, Source View, Table of Contents and Version Control. For versioning, I utilize fossil just because I wanted to learn something other than git at the time. I used to have a Now Button plugin enabled to record timestamped log entries in the journal but since upgrading to Zim version 0.7x, that plugin has been rendered incompatible. I've now resorted to using AutoHotkey to automatically insert the time when I need to quickly log something. 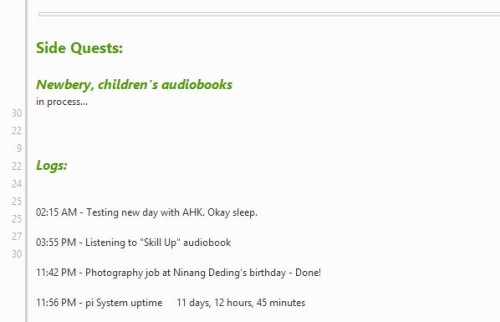 Since Zim's file system is essentially just a folder of text files then virtually any text editor can be used. For encryption, one suggested way is through encfs in Linux. I use Windows and found Cryptomator sufficient for my needs. The only downside right now is that Cryptomator's Android and iOS apps are not free. I synchronize the encrypted vault with my other devices using Syncthing. The SyncTrayzor app does this well on Windows. 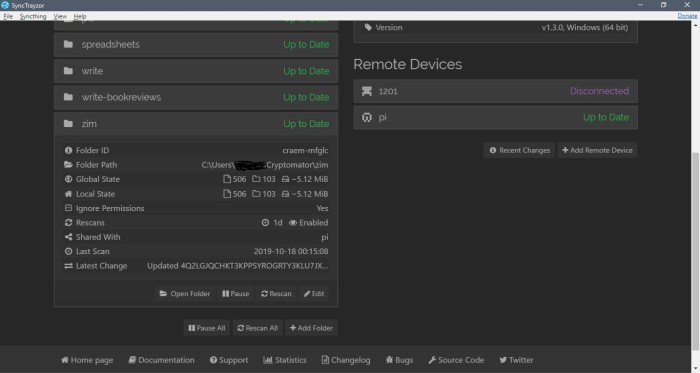 With this setup, I can edit my Zim files on the PC and see the changes almost instantly on my phone. All encrypted. All in plain text files making them future-proof even if Zim development ceases. Can you say the same about your OneNote files?

I have been using Zim for a year now and I believe it's safe to say I finally found my dream digital notebook system. I had to sacrifice rich text and media features like those provided by OneNote but it's a trade-off I'm willing to make for better portability, security and mobility. 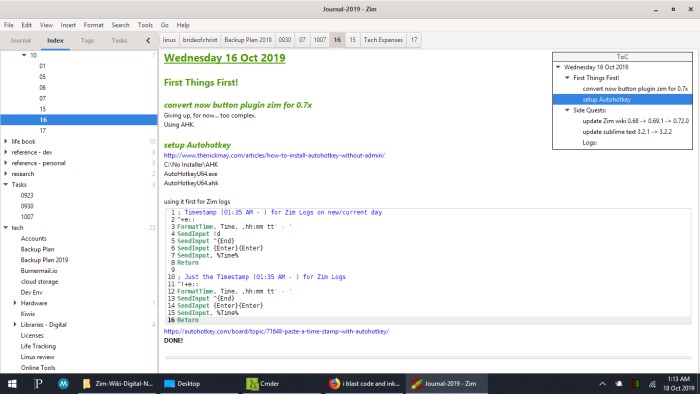 With the exception of the encryption tool which can always be replaced with a free alternative, this entire system can be setup without even spending a single cent! As with static site generators, the peace of mind and independence this gives me is truly... noteworthy.